Friends, this will be short.

While my word count is still high enough to successfully complete the challenge, I’m behind my personal goals and… quite frankly… that just won’t do.

Youngest spawn’s cheer team gave an amazing performance on Sunday, 5 Nov. They brought home a well-earned first place and qualified for Jamz Youth Nationals in Las Vegas. If you’ve seen the info-memes on Facebook about giving books as holiday gifts, it would really help the cheer fund if you popped over to the order page for some of those gifts 🙂

This year’s NaNoWriMo project is the second episode of the Heroes of Vadim saga. Several elements of this particular story have surprised me, but I think it will all work out in the revisions.

Unfortunately, these words don’t count – so it’s back to work for me.

On a less pleasant note: I am not ignoring tragedies or burying my head in the sand when it comes to social issues. I told they would show up here and this particular post doesn’t even begin to really touch the terrors of today’s world. This is not because I am trying to avoid them – it’s because they make me physically ill to consider. For my own sanity (cue the peanut gallery), I must put my heart and mind far from life in the here-and-now.

This is why we tell stories and why we listen to (and read) them.
To keep the real world at a distance for a moment and recharge to face it.

Until next time, friends – believe in love.
Terror is hate, and hate can’t be fixed with more hate.
Practice believing in love. If we all do it, we can tip the scale.

It’s Friday the 13th, so embrace your inner scream queen, serial killer, or hellspawn – ’tis the season, after all 🙂

The world continues its journey through the apocalyptic opening credits of a dark future horror story. We watch society unravel in six-second clips, threaten, abuse, and then wonder why no one else is bothered by the obvious problem (whatever the hell that is).

But there’s nothing new, there…

Like horror movie marathons at Halloween, my annual exercise in sleep deprivation & self-torture looms on the horizon… that’s right: NaNoWriMo’s right around the corner. 50,000 words in the month of November: that’s only 1,667 a day – unless you look at the number of days I won’t be able to write due to cheer competition, feast preparation, etc.

I’m going back to my NaNo roots – heading into the challenge with only a vague idea and hoping that I can power through to create something enjoyable.

The last few years, NaNoWriMo has defeated me. A combination of factors lead to the disastrous failures of the past few years but many of those factors are (finally!) off the table this year.

The project is tentatively titled Hellbound and will tell a tale of a half-demon woman at the center of a power struggle between good and evil.

I’d give you more, but that’s all I’ve got at this point. Keep watch on the Facebook page once November starts, though – that’s where the cool lines and word count updates will be 🙂

Turning back to something a little less fun…

Here in California, sadly, Hellfire is a very real thing as I write. Some of the state’s most beautiful places are being devoured by fire with no relief in sight. I live in the foothills of Central California. I’m used to dealing with fire: hundreds of acres, dozens of structures, weeks to achieve containment: these are the fires I understand.

The Hellfire that’s sweeping through the northern part of the state, though, is a completely different beast.

There are 22 fires across 265 square miles (686 square kilometers, for those with metric brains) with no relief in sight.

At least 1,500 structures have been lost in Santa Rosa alone.  State Farm has received nearly 1,900 homeowner insurance claims and more than 700 auto insurance claims due to the firestorm. Entire towns have been evacuated. The town of Willits is all but cut off from the outside world.

At least 26 people are dead with hundreds still missing.

The sheer scope of the whole thing is terrifying, even for those of use that are, unfortunately, used to coping with fire.

And there we have it…

A beautifully disjointed collection of thoughts, just dismal enough to be worthy of a minor sociopath with a flair for the dramatic.

Just remember – on Friday the 13th and always – I’m not a psycho obsessed with demons, explosives, rebellion, or the types of damage certain weapons might have on the human body… regardless of what my search history might lead you to believe.

Until next time, friends, be kind. It helps. 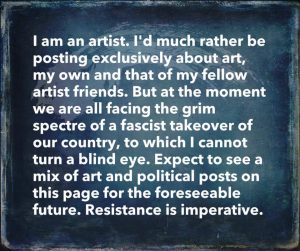 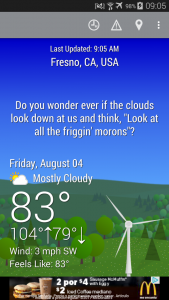